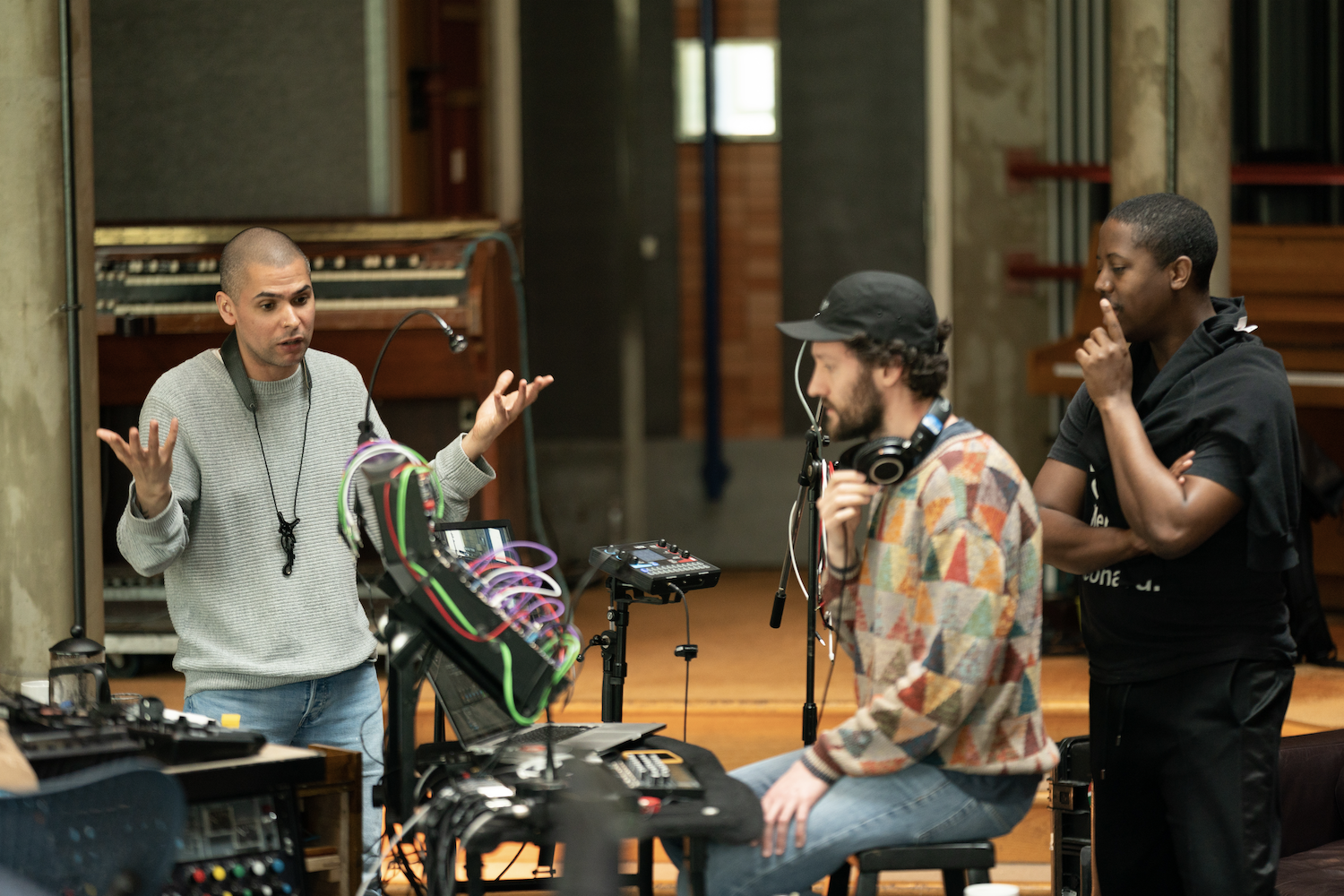 How did you come to start playing with Binker and Moses?

I've worked with Binker and Moses in various ensembles around the UK for roughly the last 10 years but we all worked in Zara McFarlane's band from 2014 for a couple of years and toured all around the world.

Could you introduce in a couple of brief sentences your part/role in the recording?

My part in the recording was to provide a bed of sound or an atmosphere that Binker and Moses could then perform and explore on top off/with. I was also able to sample and manipulate audio in realtime during the recording, this was to make sure that the sounds produced weren't static or uninspiring for them and there was an element of interaction between all three of us.

You’re originally a bassist. How did you graduate to modular synths etc.?

Moses is to blame for me graduating to modular synths and electronic instruments in general. We would often end up sitting next to each other on flights whilst travelling with Zara McFarlane and he would talk to me about new artists/bands that were using computers/synths as part of their live performances. He also mentioned pieces of gear that intrigued me so I started reading up on them and watching YouTube videos of the artists he’d mentioned and demos of the instruments. Then one day he told me he’d got into modular synths and we organised a time to meet up and that was that. My dad is also really in to synths so he was really helpful when it came to getting started building the modular system and other bits and pieces.

Did you make any choices about synth or tones used based on Binker & Moses’ established sound?

I was very conscious not to detract from the sound of Binker and Moses and that I was very much there to compliment them. Taking that in to account I used modules that manipulated and effected sounds from them and the tape machine as that really felt like building on them and their playing rather than forcing something totally new. We agreed as well that there shouldn’t be lots of bass/sub sounds. Binker and Moses also have a very raw sound and so we settled on a lot of clean/pure sounding tones as those sounds complimented them really nicely.

Are there any musical inspirations you’d like to cite?

I love the music of Autechre, Aphex Twin and Richard Devine, although that may not be totally prevalent in the recording, but I listened to Hainbach and Marcus Fischer to get into the right frame of mind and anyone I could find who was processing instruments/tape machines in a live setting.